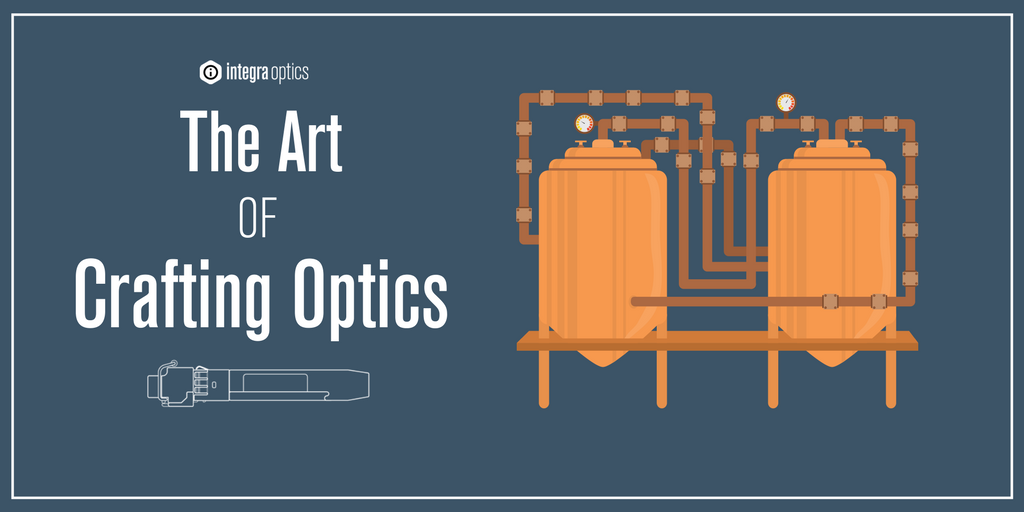 Show of hands, who can tell the difference between a craft-brewed beer and a macro beer, such as Budweiser or Coors? And more importantly, what the heck does craft beer have in common with optics?  Well I can tell you this, I’ve been a part of manufacturing both, and craft beer tastes way better than an Integra Optics transceiver; I can’t say the same for a macro beer!

Let’s talk about beer first. Dating back to 1516, the Germans have had a set of regulations they call the Reinheitsgebot, which literally translates to “purity order”. These “purity laws” were put in place to limit beer ingredients as a way of consistently producing only the highest quality beer that was coming out of Germany.

Nowadays, breweries are putting all sorts of ingredients into beer. The only difference today is that the focus to maintain quality has shifted to process.  Let’s face it, you can have the highest quality barley, the purest water and the finest hops, but if your process is flawed, you will still produce a beer that wouldn’t even pass the Bavarian quality test in 1516!

Let’s pause here to take a sip…er, I mean breath, while you contemplate that last part.

Now, in a nutshell here’s the craft-brewing process to make a classic American Pale Ale: 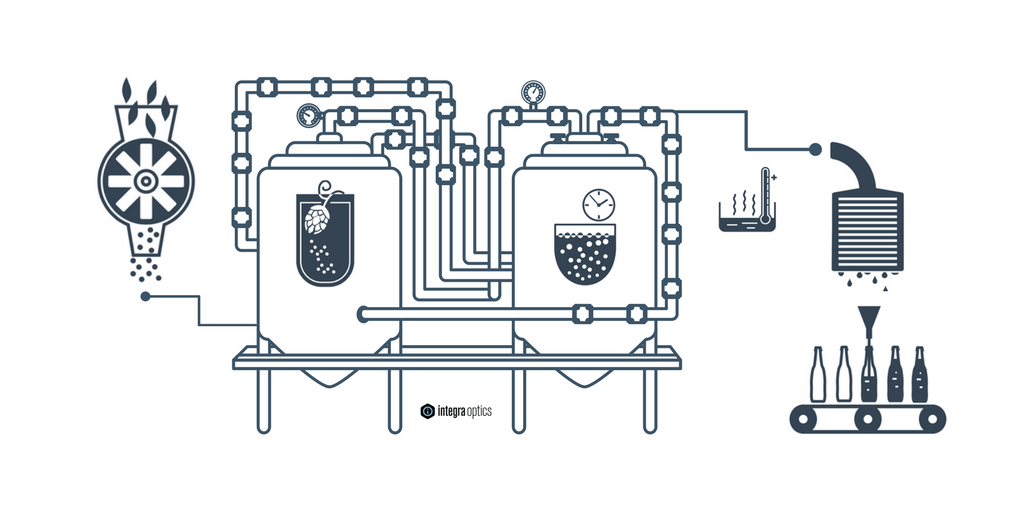 Looks simple, right?  Well it is anything but that. Every step of the way there’s a multitude of variables working against you. The size of the grind on the grain, the temperature you steep the grain in, the process used to separate the grain from the liquid, the composition of the water, the speed at which you cool the wort, the temperature at which you can control the fermentation, and of course, everything that your wort touches must be chemically sanitized or you run the risk of infecting the entire batch of beer. Each of these steps require an exact and repeatable process if you want to consistently make a high-quality, predictable beer every time. As you can see, even if you start with the highest quality ingredients, you can still produce an awful tasting beer because there’s so much that can go wrong in the process.  Speaking of which, quick break to check on my wort…the beer kind.

Okay I am back, and back to optics. Keeping the craft beer reference in mind, do you think all optics are created equal? Suppliers of individual components grade their products based on test results. TOSAs/ROSAs are tested and then categorized based on the quality of their ability to transmit and receive at the expected values. The ones that fail Grade A tests are pushed down to the next level of testing. If they pass, they get a Grade B rating; if they fail, they move on down to Grade C testing and so on. To the end user, there are no indications as to what grade of lasers are assembled in the finish part. Quality becomes a mystery. You wouldn’t drink a mystery beer, would you? Okay, for the few head nods, don’t answer that.

Some optics use plastic housings for the lasers while others use metal. I’m not talking about the exterior structure; I am referring to the structure that houses the laser diode and optical interface inside the transceiver. Like making beer, in addition to high-quality ingredients, the most critical factor for high quality optics is the process used to assemble those components, and the coding and testing that follows.

Setting the TOSAs and ROSAs is a highly precise process that is best accomplished by mechanical automation and robotics. Some optics manufacturers rely on manual labor to set these components and add code by hand. With many manufacturers, optics are coded to a generic standard that meets the requirements of most platforms, often never being tested on a specific platform before being shipped to the end user. I guess you can say Integra has its own “purity order”, starting with only the best quality Grade A, or Tier 1, raw materials and a standardized coding and testing process that makes our optics 33 times more reliable.

Okay, last call. Who would have thought that craft beer and optics have something in common?  Even with quality components (ingredients), a flawed process can have disastrous results on the finished product. With the transceiver industry expected to grow by over 800 percent in the next five years, access to quality components will become increasingly difficult. With no industry standards governing quality or process, don’t risk your network on inferior parts. The quality of an optic isn’t always obvious. Here are some questions to ask your optics provider to ensure you’re getting quality optics.

Want to see how Integra Optics is meeting the industry demand? Click Here